Some Vignettes of Laki 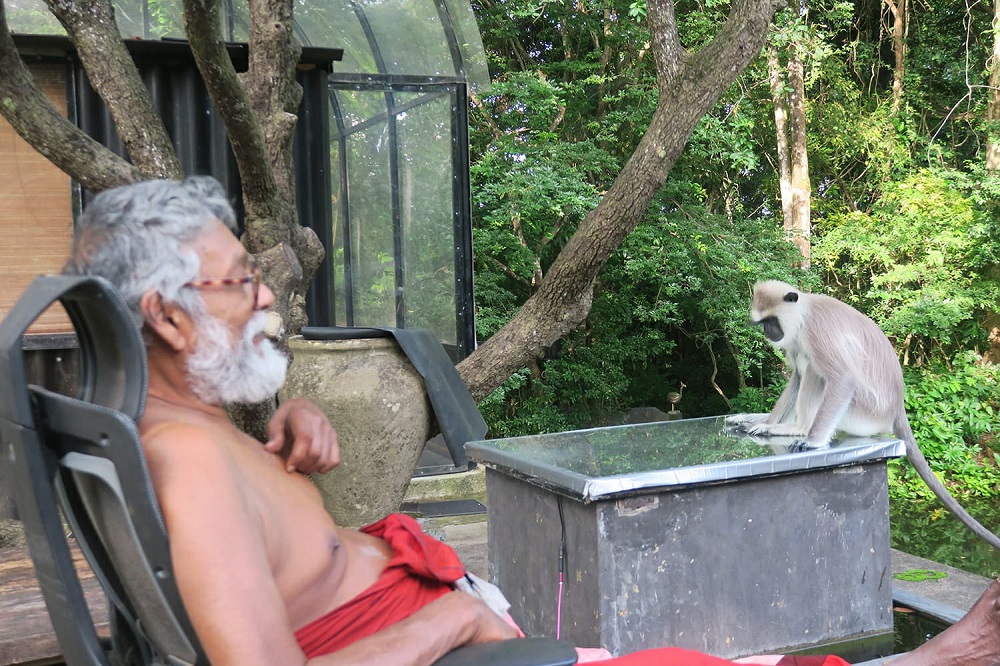 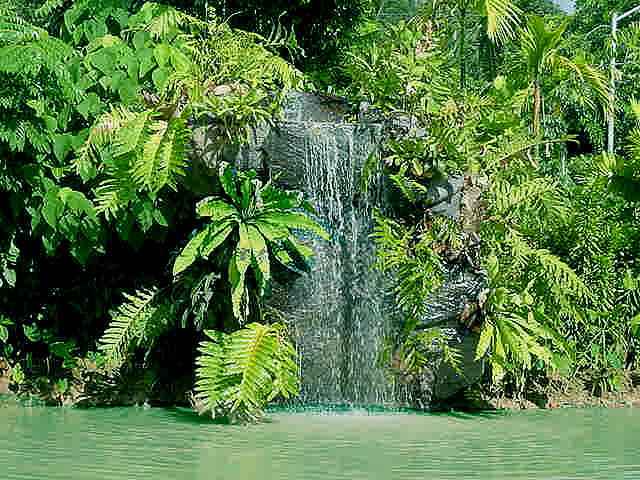 Some vignettes of Laki

My first view of laki was almost fifty years ago. Leaning on the gate at home, I saw a jeep park at aunty Rani’s house which was almost opposite. This was at Initum road, Dehiwala. Out got three people one a woman who went in. A  little while later two people came out a man with a little baby hugged to his chest walking down to the sea at the bottom of the road.

He was in  unusual attire for me.  He wore a three quarter length stretch pants from what I recall and all that I could see was this bare bodied man with a baby hugged to his chest ‘Mintaka’ walking past.

He smiled at me and continued walking. That was the first and only time I recall seeing laki in pants!!! I recall mostly his love for the baby, his smile which is still the same and his total unawareness that his clothes were different.

In fact he looked so comfortable and cheerful it was as if his attire was better and my shorts and shirt as a young teenager though okay, was not !! It was the man’s cheerful nonchalance, unorthodox clothes and charm that disarmed me.

Actually his calm friendliness and attitude attracted me. Those few years in Dehiwala I subsequently met ‘laki’ a number of times. In his sarong, bare bodied or in a t shirt and with his shoulder bag that carried his stuff with his flute inside.

I remember some funny stories he told me concerning his attire “ I think Gehan Jayewardena is best for these stories “but in short Mintaka laki’s daughter was staying at Aunty Rani's at that time. Mintaka went to Holy Family convent Dehiwala near by, she was keen on going to school while I believe that laki had some other unorthodox ideas for her education but Mintaka had her way.

One day as laki had gone to pick up Mintaka from school and had met the Mother Superior “ and she had pulled him up over his attire. I have still never heard laki shout in anger or being violent during talks he had more of a smile always. Whether he spoke to her about her view I don’t know but I remember that laki telling me this ‘is this what you teach to judge people by their clothes, a thief will come in well dressed’ actually laki was more amused than irritated when he said this as he well knew the ways of the world.

Another day I remember he explained to me and also to the others around the difference between belief and knowledge in a simple way I don’t know why it has stuck in my mind the seating was in Dennis‘s room, laki’s nephew, during one of aunty Rani’s famous dinners and the other people around as I remember were Moin, Gehan, Lala and maybe Prasadh. He was seated at the edge of the bed while I was seated at the other he looked around for an object and I think he used a pen he took it and placed it on the bed and said you know the pen is here so you don’t believe it is here. You know it! He took the pen away you don’t see the pen now ,so you cannot say you know the pen is there but you can say that you believe the pen is there. Why this incident is fixed  in my mind I do not know , perhaps because the explanation was so simply put!.

I think a little of laki’s background should be mentioned here. I write this because some of the next stories will need it. Some of these happened before I was born and so I have only heard of them. In short, his father Reggie Senanayake was a L.S.S.P involved in the Bracegirdle affair. He was hiding in India at one time. One day when laki had been very small which is said the police had come inquiring about his father. Laki little as he was had said, “ Oh he is at home go and meet him” or words to that effect. The police hadn’t believed him and gone away his father had been at home that day and had to be spirited away and hidden again, I believe!!

I don’t believe that even laki remembers this as ‘he says I was a little boy’ All the details of the stories can be verified from his siblings. Laki had a great  affection for his mother, Mrs. Florence Senanayake who was the first woman MP in Sri Lanka for the seat of Kiriela I believe. She was a decisive and friendly person and it was difficult to believe that she had been in politics till you spoke to her about it she was fiery then and had her own strong opinions. But what was important to me was when he and aunt Florence lived together. I once asked him where he slept. ‘ with mother he said as if that was the most natural thing in the world.

Laki had 3 brother and two sisters. Aven, who lived in England, Nimal, Rani , Lali and Daya. Daya and laki got along well since their school days together at Royal college. In fact I believe laki belongs to a famous batch in Royal I say this as there is a story attached to this it will come later. There is an interesting story how laki went to visit daya who was then vice chairmen of Ceylinco Limited wishing to micturate laki had entered a toilet and was at a urinal, when the security guard has burst in and started shouting at him for using a toilet which was meant for senior executives. Laki in his cheerful polite way had asked him ‘to wait till he finished” that’s all laki said when he was relating the story to me and left me to imagine What the next scene was, when this security guard who accosted this bare bodied sarong clad person who tuned out to be the vice chairman’s brother! The beautiful thing about laki is that he has never shouted at anyone so that when he spoke to this security guard it was probably With a smile and his cultured voice ‘not cultivated’ that the security guard would have been convinced that he was not an ordinary man. I believe that laki knew that when he dressed in this attire and the lifestyle he lived there would be comments and problems like this, and continues to.

Well another story I recall is whenever someone brings up his bout of hepatitis, which I believe was very bad he mentions this story. Daya hearing that he was ill but before he was diagnosed with hepatitis had come to visit him with a bottle of liquor probably as a ‘ Kokatath Thailaya’ ( A remedy for all ills) laki says normally he would have taken a shot but that day he just didn’t want to or couldn’t and later it was diagnosed as hepatitis!! I don’t know if there is a moral in this story but maybe he meant ‘ listen to what your body is telling ‘ you.

One day while sitting with him at Peradeniya gardens seated on the ground with other painting or rather making black and white sketches of trees. I asked him how do you know when the colours match? He said look at nature and pointed to a tree which had amazing colours to it. At least from that day I wear green trousers with brown shoes!! A valuable lesson learnt about colour clashes.

I will not write here about laki’s lifestyle or his painting or sculpture, landscaping, environment protection and numerous other interest he had from Zen Buddhism to Erich Fromme nor will I write about diyabubula the present, which is a lovely building to stay in as I did last year but will end this story with a bit of old diyabubula where I was taken by Moin J, Gehan illangakoon who took me there to recuperate when I was having a liver problem I stayed there for 3 weeks and I can remember those day as one of the most relaxed days of my life, even now.

There was old paaruwa ‘raft ‘that one could paddle right up to the diyabubula with its water Welling up. I came back a renewed person thanks to my stay there. I will not go into the details of my stay there as I’m running short of space. But I was so grateful that I even penned a poem of thanks and ode to diyabubula on its walls the last thing I wish to say is this in my twenties i was afflicted with a hip problem and was taking treatment form a famous Ayurvedic physician  Horuwilla veda. I had ‘patthus ‘ (Medicinal Strapping) on my waist and was in sarong when laki walked in to visit me at home. I have no idea how I got on to his bike  and he took me for a ride to a friends place.

I was embarrassed with my hip swollen with patthus and wearing a sarong but they accepted me as normal and it’s something that I enjoyed. I will always remember him for his kindness and goodness to me at this particular time but taking me out when he realised that the only place I visited during those months was to that Ayurvedic physician once a week I think he realised that instinctively and took me out for a ride! Truly a very humane and exceptional man is our laki.